Strictly speaking, there is no real Saint Francis’ Way—at least, not in the way one thinks of the Camino de Santiago and the Via Francigena. These latter pilgrim routes boast a history spanning thousands of years, well documented in a vast collection of pilgrims’ diaries and further corroborated by the artistic and historical traces left behind by the numerous pilgrims who traveled these routes to reach the Holy sites. None of these historic traces, however, can be found along Saint Francis’ Way, with the exception of a few legs which coincide with ancient roadways.

What, then, is Saint Francis’ Way? Conceived as an itinerary linking together a series of sites associated with the life and teachings of Assisi’s saint, this “new” pilgrim route reintroduces the Franciscan experience in the context of the very land Francis walked in his travels. Indeed, it is from this intimate bond with Francis’ life story that the Way derives its credibility and appeal: passing through landscapes where pilgrims can view the same natural beauty which so moved Francis’ simple heart; stopping at sites which conserve the memory of his words and example; meeting the people along the route so closely tied to his spirit. Despite the distance of centuries, Umbria has remained Francis’ land, a land sustained by a spirituality based on loving that which is simple, respecting and appreciating all of creation, and accepting our fellow man, whomever he may be.

Following Saint Francis’ Way is thus a true journey of the soul, satisfying the desire of humankind still today to search deep inside ourselves for the meaning of our existence. The person of Francis–so overwhelming a presence in the Way’s final destination, Assisi—accompanies pilgrims along the entire route, comunicating to the mind and heart the possibility of conducting a life in harmony with the world, fellow man, and God. It is a precious gift, this secret to the “art of living”, and the most authentic one given during the journey toward Assisi. It is a gift which Francis’ Umbria is able to offer to each pilgrim, indeed each visitor, who comes to this land with an open heart and mind. 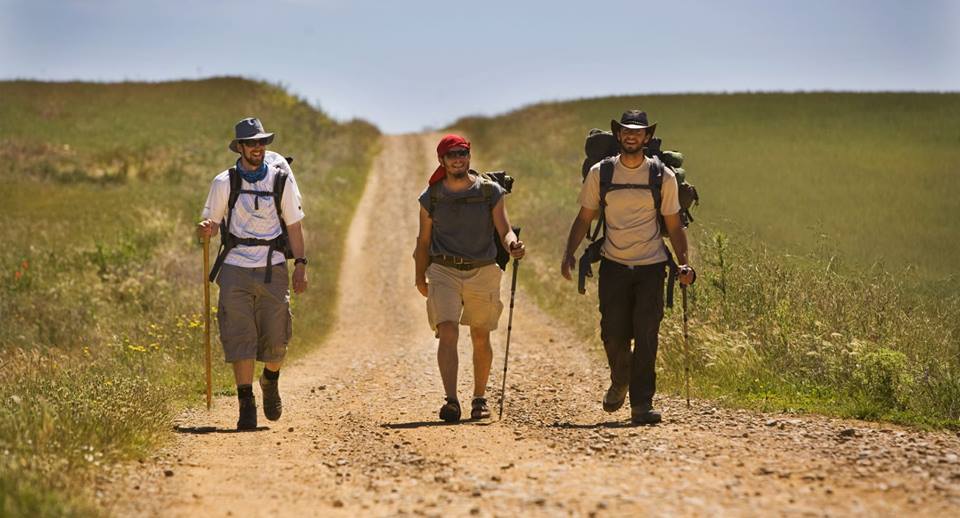 This route’s point of departure, the sanctuary of La Verna, is located at the southern border of the Parco Nazionale delle Foreste Casentinesi (Casentino Forest National Park), one of the largest and most diversified forested areas in Europe. It is a marvelous natural setting, rich in flora and fauna, including the most important wolf population in the northern Apennines, wild boar, mountain goats, and deer. This mountain, so loved by Francis, is formed geologically by sedimentary sandstone from the ancient marine bed which lies beneath most of the region, and is surrounded by a vast and uniquely beautiful wood, revered and protected since the time of Francis.

From the Casentino Forest National Park, the route moves to the Alpe della Luna (a regional natural reserve), an expansive wooded mountain massif characterized in its highest points by beech groves and, at lower altitudes, by meadows interspersed with oak and hornbeam woods. The absence of towns or a significant road network in this area has helped maintained its primeval state, a perfect habitat for the fauna native to Apennine forests: wild boar, squirrel, deer, porcupine, badger, wolf, fox, hare, and a number of birds, including woodpeckers, and birds of prey like buzzards, sparrowhawks, goshawks, and kestrels. There have even been sightings of eagles.

The itinerary continues on through the Alta Valle del Tevere (Upper Tiber River Valley), an area rich with history thanks to the ancient Via Romea which passes here and left its mark on the land under its dominion; the concentraton of monuments and artistic masterpieces in the Valle del Tevere has earned it the name “Valley Museum”. The Tiber River, south of Città di Castello, runs through a wide valley floor which ends about 50 km downstream at Marsciano, where it runs into the Nestore River. The river bed gradually widens along its length, flanked on both sides by poplar groves, and its waters are used to irrigate vast fields of tabacco. The valley is also home to groves of oak and, in the small patches of wetland, weeping willows. The hills bordering this valley are largely wooded, with some pasture and brush, primarily juniper. The native wildlife includes deer, brown hare, and goshawks. Wolfs prowl the forests at high altitude, preying on wild boar and deer. The route’s final leg before Assisi passes through the Eugubino, the area surrounding Gubbio, a mountainous landscape rich in both natural and artistic beauty which has been crossed by routes stretching to the Adriatic Sea since pre-Roman times. The valley encircling Gubbio, bordered to the East by limestone mountains and to the west by rolling hills, is still demarcated by the roads and canals left from Roman centuriation (a method of land devision) and large wilderness areas. The area near Valfabbrica, which slowly descends towards Assisi, is covered with hills thick in oak and hornbeam groves, interspersed with patches of brush, tilled fields, and pasture.

This route begins in the almost circular Santa Reatina Valley, crossed by the Velino River and surrounded by mountain peaks and rolling hillsides. The valley was formed by a Roman project reclaming land from Lake Velino in 271 B.C.; of the previous wetland, two lakes remain–the Lungo and the Ripasottile–habitat of herons and mallards. The valley floor is home today to the same fields of grain that covered it in Roman times, and the hillsides above with forests of oak, beech, chesnut, holly oak, and hornbeam. The mountains are thick with fir, larch, and holly. This valley is named santa, or sacred, as it as been home to a number of mendicant monastic settlements since the 13th century. Indeed, at its height, there were no less than 23 Franciscan convents here.

The route continues into the Valnerina, a river valley that follows the course of the Nera between Visso and Narni and is bordered by the Sibillini Mountains and the Norcia plateau to the north. This valley has been an important route for livestock and commerce for centuries, a direct alternative to the Via Lauretana to and from Rome. The valley floor, at times quite narrow, is covered in fields and pasture and the river flanked by thick groves of wetland trees, primarily weeping willow and alder. The surrounding hillsides are covered with beech, Aleppo pine, and hornbeam woods, home to a number of rare birds including the Peregrine Falcon, the Short-toed Snake-Eagle, the Scops Owl, the Mountain Swallow, and the White-throated Dipper. The entire river valley, thick with fortified villages and monastic settlements, is part of the Parco Regionale Fluviale del Nera, the Regional Park of the Nera River. .

The central leg of this route passes through the Spoleto Valley (or Umbrian Valley), so dear to Francis that he delared, “Nihil iucundius vidit mea valle spoletana”. Numerous abbeys, convents, and monasteries stand testimony to the spiritual pull of this area, which also includes a number of towns rich in art and history. The intensely farmed valley landscape has been delicately shaped by an ingenious system of irrigation canals and land draining and reclamation works since antiquity. The hillsides bordering the valley are covered at low altitude in olive groves, lush in their southern exposure; higher up, deciduous woods dotted with a number of Aleppo pine groves dominate the slopes. The Monteluco wood, considered sacred since antiquity and now a “Site of Community Importance”, is among these wooded slopes.

The southern route of Saint Francis’ Way reaches its destination of Assisi passing first Foligno and Mount Subasio (a Regional Natural Park). The plain stretching from Foligno to the foot of Mount Subasio contains several charming historic towns with religious architecture spanning a number of ages and styles, from Proto-christian and Longobard to Romanesque and Gothic. The slopes above are covered with woods and, at lower altitudes, olive groves; the valley, rich with natural springs, including the famed Fonti di Clitunno (Clitunno Springs), heralded by Virgil and Carducci, is densely populated. Mount Subasio stands alone, with its bare grassy peak topping slopes of maple, beech, and oak (and patches of conifer, planted for a reforestation project at the beginning of the 20th century) and, lower, olive groves and vineyards. The wooded areas are habitat to wildlife including wildcats and Tawny and Long-Eared Owls.

The center of Francesco's Way